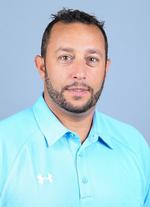 This past Fall, Mordocco led the Sharks to an NEC Regular Season Title, an NEC Conference tournament crown and to the Second Round of the NCAA Tournament. The season was highlighted by LIU upsetting a national powerhouse, University of Maryland, in the first round. Several sharks received high recognition with Emil Jaaskelianen featuring on the United Soccer Coaches All Northeast Region First team. More recognition followed as Henry Haferkorn and Fridtjof Andberg were featured on the All Northeast Region Second Team. Mordocco also guided nine other players to All NEC honors while also mentoring the NEC Goalkeeper of the Year, Demetri Skoumbakis. Skoumbakis was also Valedictorian of Long Island University’s Graduating class of 2022.

The Sharks program played an abbreviated season in spring 2021 due to the COVID-19 pandemic that canceled fall 2020 play. The season still proved to be a success with Mordocco leading the Sharks to a second place finish and an appearance in the NEC Championship. Fridtjof Andberg, Jonas Dovland, Assane Ben Fall and Emil Jaaskelainen received All Northeast Region Honors. Jaasakelainen was also recognized as the NEC Conference Rookie of the Year.

In 2019 Mordocco led the Sharks in their first season as a  Division 1 Program to a record of 10-7-2. LIU finished third in the NEC Regular season and lost in the Conference Finals on Penalty Kicks. Mordocco helped mentor an All Region First Team & NEC Rookie of the Year player, Papa N’Doye, along with two other players receiving ALL NEC Honors Keanu Tuart and  Kyle Parish.

During his first season, he helped mentor a consensus All-American in graduate student Lukas Ostermann. Mordocco helped guide the Pioneers to their fourth-consecutive East Coast Conference championship with a 2-0 victory against Mercy College during the championship match. The Green and Gold eventually reached the East Region championship match against local rival Adelphi University where they fell on a snowy afternoon at Pioneer Soccer Park.

Mordocco brings an extensive resume to Brookville, most recently holding the position of Associate Head Coach at the University of Massachusetts for three seasons. During his time with the Minutemen, he was a part of a staff that earned 2017 Atlantic-10 Coaches of the Year, while also leading UMass to a conference title and NCAA Tournament appearance that season. Before his time at UMass, Mordocco spent four seasons as an Assistant Coach for the University of Connecticut where he helped guide the Huskies to three NCAA Tournament quarterfinal appearances. Mordocco helped produce 12 Major League Soccer draft picks, including two number one overall selections in 2013 and 2014.

In addition to his roles at UMass and UConn, Mordocco brings several years of collegiate experience as an assistant at Division I Stony Brook University and SUNY Oneonta.

As a player, Mordocco spent four seasons at UConn from 1998-2001, winning the NCAA National Championship during the 2000 season when he helped the Huskies to a 21-3-1 record. He earned a bachelor of liberal arts degree in economics in 2002. 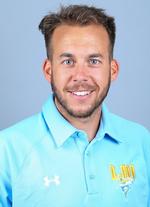 Luca Campos joined the LIU Post coaching staff as an assistant prior to the 2018 season.

Campos has been a part of a staff that has reached the conference tournament final in each of his fours year including two NCAA tournament berths in 2018 and 2021. He has mentored and helped lead numerous Student-Athletes to All Region and NEC Selections as well as guiding the NEC Rookie of the Year Emil Jaaskelainen and NEC Goalkeeper of the Year Demetri Skoumbakis.

Under Campos’s watch, the LIU Men’s Soccer Program has seen steady improvement in the classroom. Year after year the men’s soccer program routinely posts a cumulative GPA over 3.0. In addition, major academic awards have been won. Demetri Skoumbakis was named Valedictorian of the 2022 Class and Fridtjof Andberg was awarded NEC’s Fall Scholar Athlete of the Year and LIU’s Scholar Athlete of the Year in 2021.

Campos comes to LIU  after serving as the assistant coach at Mercyhurst University for two seasons, helping guide the Lakers to a Pennsylvania State Athletic Conference championship in 2016. Campos also added a year of collegiate coaching experience at the University of Massachusetts, helping to mentor the Midshipmen to an Atlantic-10 tournament appearance in 2015.

During his career, Campos played four seasons for Robert Morris University where he started in 62 of his 66 appearances, scoring seven goals and adding six assists for 20 points. Campos graduated from Robert Morris with a bachelor's degree in sport management, and furthered his education at Mercyhurst where he earned his master's degree in organizational leadership and sport leadership in 2018. 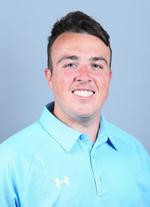 Reardon began his college career at Iona College before transferring to Providence College. At Providence, he won a Big East regular season title in 2016 and made it to the Elite Eight. That year, he scored in an opening round NCAA Tournament match against the University of Delaware.

Since then, he has worked the Village of Branch Soccer Club and also at St. Anthony’s High School. At St. Anthony’s, he worked at both the freshman and varsity level along with breaking down and analyzing video for the varsity team. 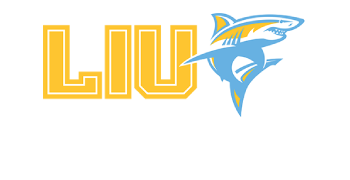 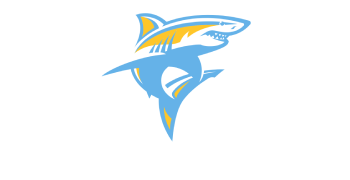